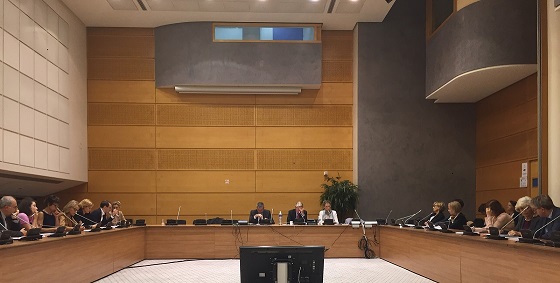 On Thursday 28 September 2017, the Club of the Mediators of services to the Public (CMSP) organized its first mediation workshop.

The Club, whose mission for over fifteen years has been to develop quality mediation and an alternative dispute resolution process that is an acknowledged frame of reference, has since its formation regularly organized briefing meetings, idea-exchanging meetings and conferences… this time it was testing a new format.

The theme of the workshop was: “Expectations with regard to consumption mediation”.

Nearly 2 years after introduction of the legal and institutional framework for consumption mediation, it seemed a good idea to allow the parties concerned, representative of consumers or companies, corporate lawyers and mediators, to express their remaining expectations in the light of actual outcomes.

The workshop included an “interventions” part, punctuated by debates with the audience.

They each presented an initial assessment of the operation of consumption mediation for nearly 2 years.

The assessment is by and large very positive. More than 40 mediators or consumption mediation bodies have been approved at national and European level. 12 of them are members of the Club of Mediators. However, both the consumer organizations and MEDEF acknowledge that several difficulties remain:

The speakers (and the meeting as a whole) then all acknowledged that this system deserved to continue to exist in its present form for a few years yet, to allow everyone to provide sound feedback based on a stable regulatory framework. Subsequently, the texts should be fine-tuned and improved, but there was unanimity with regard to the wish that the lawmaker should not intervene overly quickly to make changes in or amend the law.

Lastly, the participants and speakers speculated about extending the scope of consumption mediation. Because firstly, even though the Consumer Code makes no provision for the existence of a residual mediator to cover sectors not yet covered, this prospect deserves to be studied, even for temporary implementation, in particular if certain sectors take too long to organize themselves; and secondly, since the publication of the law on 21st Century Justice, new stakeholders are taking an interest in consumer mediation, without for all that being approved within the current framework of the Consumer Code, and new models of offers, alternatives to consumer mediation, are appearing, such as “arbitration as a tool for alternative dispute resolution for consumers”, without for all that offering consumers the same guarantees of protection and freedom.

Unlike mediation this last “arbitration” model applied to consumers does not subsequently allow the claimant to bring legal action, which is contrary to the spirit of the European directive on alternative consumer dispute resolution.

The meeting ended on this conclusion, fully in line with the theme of the future workshop: “mediation redressing the balance between the parties (consumer vs company; citizen vs government, etc.)”.

for the record: the ENGIE Group’s Mediator is a member of the Committee of the Public Service Mediators’ Club, and chairman of its editorial board (whose main duties include administering Club’s web site).