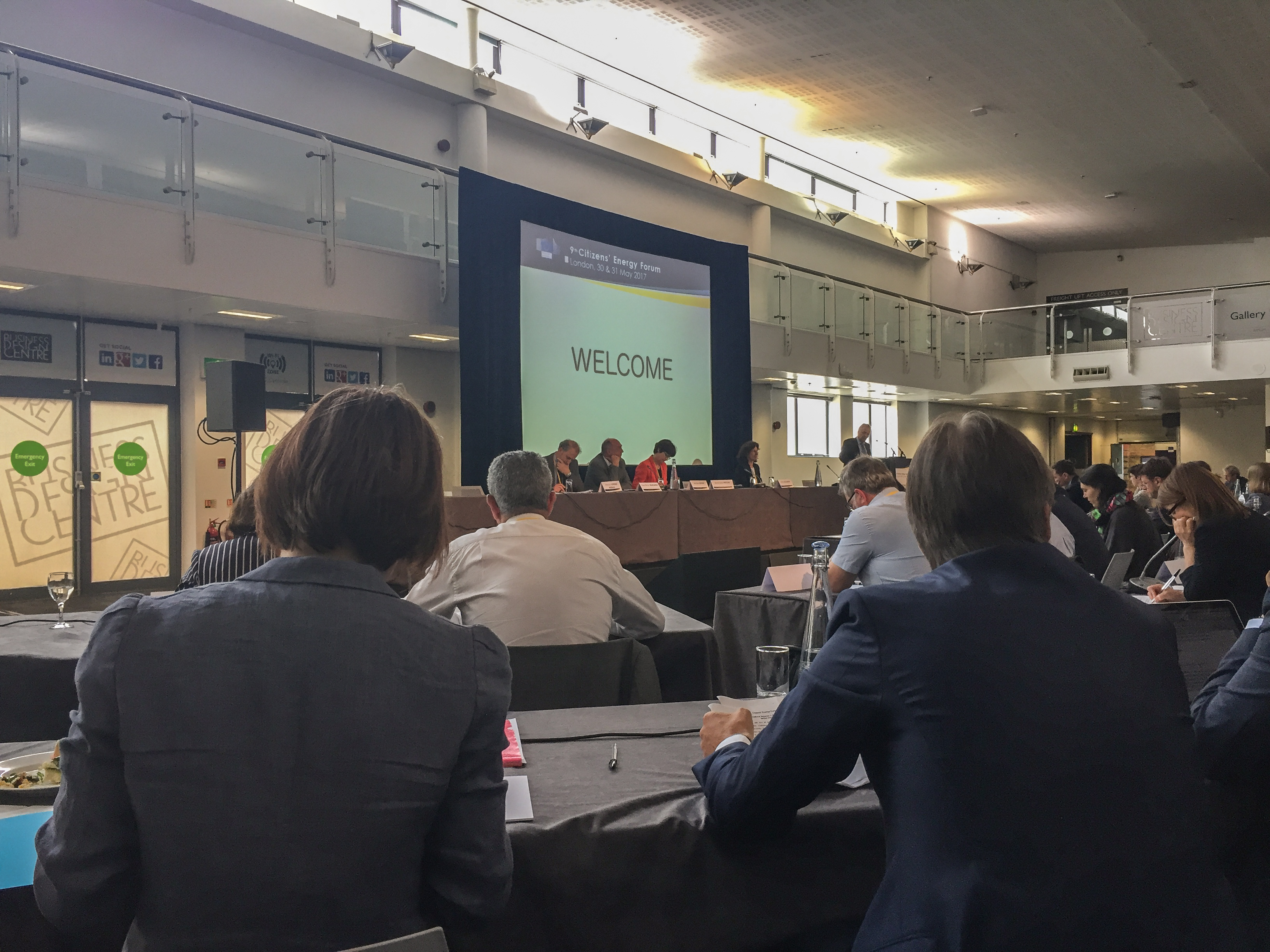 The 9th editing of the Citizens’ Energy Forum (or London Forum) was held on 30 and 31 May 2017. Organized by the European Commission, with the aid of Ofgem, the UK’s energy regulator, this event aims to bring together different players in the energy sector to exchange views on the role of consumers in a fast-changing market.

Among other things, the May 2017 edition featured discussions about the “Clean Energy for All Europeans” legislative package, presented by the European Commission in November 2016. Energy transition is at the heart of this package, which pursues three main goals: “putting energy efficiency first, cementing the EU’s global leadership in renewable energies and providing a fair deal for energy consumers”.

Consumers play a pivotal role on the future energy market envisioned by the European Union. They should be able to have a wider choice of provider, access efficient offer comparison tools and even engage in a process of own consumption if they so wish. In parallel, the legislative package also includes measures for protecting the most vulnerable consumers.

On the basis of this package and what it promotes, the Forum was structured around several discussion sessions, which the Mediator’s staff attended and took part in.

On 30 May, an initial introductory session presented the issues addressed by the event and the different themes. Then two workshops were held in parallel, one on the resources that consumers should be given to make well-informed choices on the energy market, the other on the role local energy communities play in energy transition. Each workshop was then the subject of debates with the auditorium, which were recorded by a rapporteur, in order to present them before the whole Forum during the end-of-day plenary session.

On 31 May, one workshop focused on the question of new technologies, and another on promoting own consumption. A final plenary session was devoted to the challenges facing the future energy market, but also to collating all the rapporteurs’ minutes. Further discussions then took place with the auditorium, in order to produce a final document setting out the conclusions of the Forum for this 2017 edition.

It should be noted some of the most important energy stakeholders attended the event, thereby forming a representative cross-section of all the interests involved. Among others we should mention Anna Colluci from the European Commission’s Directorate-General for Energy and Carina Törnblom from its Directorate-General for Health and Consumers, Patricia de Suzzoni from CEER (the French regulator), or even Monique Goyens from BEUC (the European consumer organization).

The discussions were very enriching and set out the main goals of the energy market and the challenges to take up in the not too distant future. The EEMG is ready to participate in these developments/improvement, bolstered by its presence in different European countries covering 75 million consumers. For the record, in 2015 the EEMG received roughly 12,800 requests for mediation in the field of energy, handled more than 6,000 cases in 2015, and made 143 generic recommendations to the companies concerned in the energy sector.