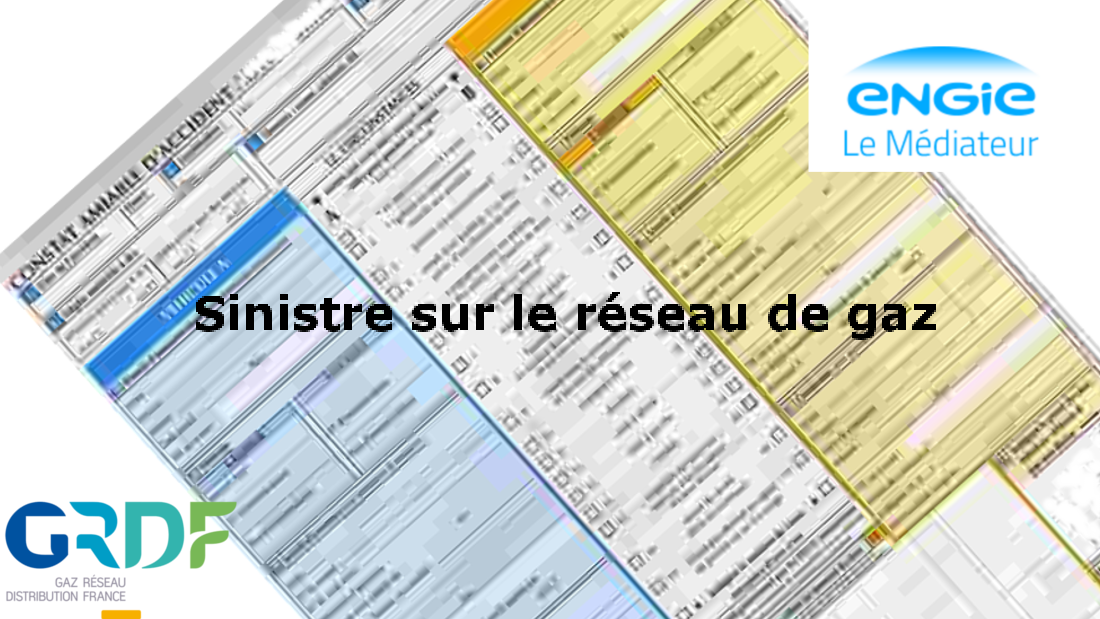 “Offer a form to be handed over to consumers, explaining the procedure following an incident occurring on the network”

Every year, the Mediator makes recommendations to ENGIE entities on the basis of disputes that are addressed to him. These recommendations aim at improving quality and services that are supplied to consumers, and at avoiding that similar disputes be repeated. You will find an example of a dispute concerning a grid damage that had consequences for an ENGIE customer. This case was resolved by the Mediator and accepted by the parties, and have generated a generic recommendation in order to improve the distributor GRDF processes.

A grid damage case, cause of a dispute with the distributor GRDF “Offer a form to be handed over to consumers, explaining the procedure following an incident occurring on the network”

Ms X, the applicant’s daughter, bought a house supplied with natural gas. Her father damaged the underground gas connection belonging to the distributor whilst using the tiller in the garden. After noting a leak, he contacted the repair call centre to come and repair the connection. Following the intervention by the distributor, an invoice for the repair was sent to Mr X, almost one year following the incident, for the sum of 654.77 euros. The latter disputed this invoice, indicating that his daughter had asked for the meter to be removed (situated on the wall of the house and not on that of the limit of the property) several months before the incident. He thus thought that the gas was no longer flowing through the pipes positioned underground and supplying the house. Furthermore, at the time of the incident, the client confirmed that no one had informed him that he would be liable for the costs.

The distributor reminded the applicant that even if there was no longer a meter, a contract or a supply agreement, the connection may remain productive. Its elimination is not effective until after a written request is made by the customer and sent to GRDF, to which the distributor sends a quotation. The customer must then return it, signed and accompanied by settlement in full or part for the service. In this dispute, GRDF confirms that the contract was indeed terminated by Ms X, Mr X’s daughter, but that there was no request to remove the connection. To confirm the responsibilities linked to this dispute, the Mediation mentions two legal precedents which demonstrate, in similar cases, the full liability of the person who caused the incident. For its part, the distributor considers that the person who caused the damage should pay for the repairs.

However, the Mediation notes that the document which the distributor handed over to the applicant at the time of the incident should be developed to indicate, for example, that the third party may contact his insurance company and that the damage caused will be payable by it, if his liability is actually involved. To put an end to this dispute, the distributor agreed to additional compensation of 100.00 euros, in addition to the reimbursement already made of 145.15 euros for the gas lost from the leak upstream from the meter. The overall compensation was thus reduced by more than 37%. The solution was accepted by the applicant.

The Mediation recommendation: GRDF should propose a form to be given to the consumer, explaining the procedure further to an accident on the network

When an accident occurs on the natural gas network beyond the meter (e.g.: a pipe severed by a customer in his garden), the complainant is not properly informed of the procedure at the time of the accident report (the parties’ responsibilities, an estimate of the repairs, what is payable by the consumer, etc.) To make it easier for the customer to understand the situation, provide more explicit information on the parties’ liability, just like car accident reports. The customer should be informed of the drawbacks and possible expenses in the short term, when the parties sign the accident report.

Follow-up of the recommandation

The distributor accepted to follow this recommendation and is preparing an evolving form for damage assessment.